A railway track leads us from Horgos, in northern Serbia towards Hungary where asylum seekers hope to reach the European Union’s border. Thousands of people take this path daily, walking the roughly 3km from the village to a campsite where volunteers and humanitarian organizations provide food, rest, clothing, medical services, and confused and contradictory information. The railroad tracks are a long and difficult walk for those weak and tired from a much longer journey. Many are sick, injured, or simply exhausted.

The campsite is a chaotic space ; donated clothing is spread in piles across the muddied field and tents have been erected to provide basic services as aid workers and volunteers attempt to keep up with the arrivals. Buses lined with Hungarian police set the backdrop for this space, and while some volunteers indicate they will be brought to the Austrian border, we are also told it has been closed for the day. It soon becomes clear that a great number of these buses are going straight to a camp roughly 1 kilometre down the road.

This is a smaller camp than shown in the film of the detention centre that went viral from BBC less than 24 hours ago, but its purpose is nonetheless detention. From afar, one can see the three metre high fence topped with barbed wire, though a first look would make one confuse it with the nearly completed border fence we passed earlier on the train tracks. We arrived around mid-day and already a line of buses filled with people were stationed, waiting to bring people in. As I walked along the outer fence of the camp, a young afghan called out to me :

« I saw you in Belgrade ! » he said, reminding my eye of one of the many faces I encountered in our three days before heading North.

« I’m well, do you know when are we getting out of here ? » he asked me, our conversation starting like so many others on this day.

The ‘camp’ asylum seekers have been brought to is a square, fenced-in space situated in a large open field. Separated into a dozen pens, each containing 6 tents which, according to those with whom we spoke, housed anywhere between 6 and 15 people, the space is controlled by police officers armed with batons and at least one attack dog. Little if any information is given regarding the time that will be spent here. One police officer who answered my questions told me they were here for a day, but the identification bands asylum-seekers were carrying indicated that at least a few had been there 2 and 3 nights. Some had received blankets, but most said they had not, despite the rain and cold the night before. Food and water are limited ; they claim only to have received a meagre ball of bread and some butter, along with a bottle of water. One man called out to me, deploring the lack of electricity to heat water for his baby’s bottle.

We spoke a long while with a group of individuals, who borrowed our cameraphones to show the conditions inside the tents. The photographs you see here are all we can say about them, having two layers of fencing between us and everyone inside.

The lack of information from authorities regarding the duration of their stay, access to medical and other services, whether they will be fringerprinted and where they will be brought next is traumatizing for many, and particularly for the children. One young boy of about 11 years called out to me, reporting that the police had taken his mother before arriving at the camp and explaining in broken English that he believed she was in prison.

Asylum-seekers are brought in and out of the camp on a roughly hourly basis. As one bus full of people is shipped out, one or two in the long line of stading buses is brought in and separated into the different holding areas. We are still unsure of their next destination.

The words frankly fall short of what we felt seeing such a thing in Europe today. 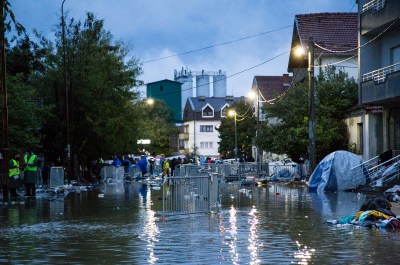 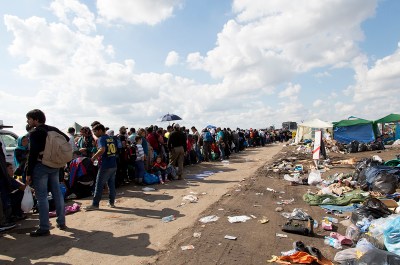 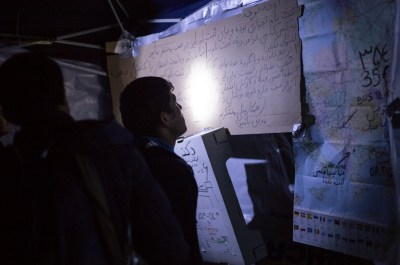